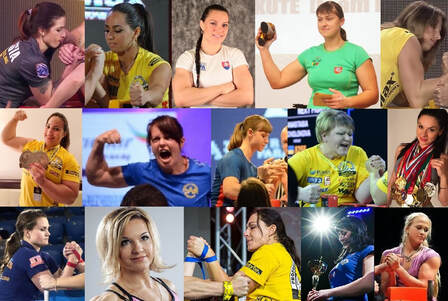 What is meant by “Top Pullers”? For this list, it is based on results, i.e. the ability to win. Technique quality is not a consideration. From a technical standpoint, while some of the pullers on this list may be standouts, many of them may not be. But the one thing they have in common is that they have demonstrated that they are able to win matches and events at the top level of the sport.

The pullers who made this list were selected based on my analysis of major event results from 2010 through 2019. These events include many professional tournaments (e.g. the Zloty Tur/Nemiroff Cup, the A1 Russian Open, the World Challenge, UAL and WAL events), various National, Continental, and World Championships, and professional one-on-one supermatches: the events that typically attracted the very best competitors. The results from most of these events can be found here.

Who were the top 15 female pullers of the 2010s? In my opinion, they were the following… 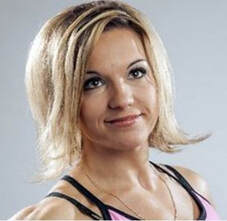 A 65 kg puller from Kazhakstan, Olga Shlizhevskaya represented her country very well at the WAF World Championships in a weight class that is always very competitive. Equally capable with both arms, she won five senior division WAF world titles between 2013 and 2019. 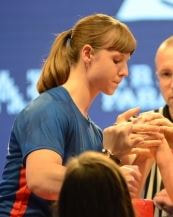 A flyweight puller from Russia, Alina Volkova racked up six senior division WAF world titles between 2013 and 2019. She also won eight senior division EAF European titles over the course of the decade. 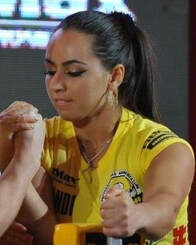 One of two Slovaks to make this list, Snezhana Babaieva enjoyed success at the table throughout the decade. She won seven senior division WAF world titles in the 50 kg class and an impressive four Zloty Tur professional titles. 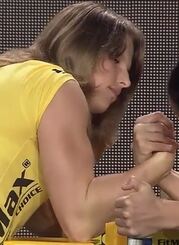 Yet another puller who typically competed in the lowest weight class, Kazakhstan’s Tatyana Verina won six titles at Nemiroff/Zloty between 2012 and 2017. She also won seven senior division WAF world titles over the course of the decade, including three with her left arm and four with her right. 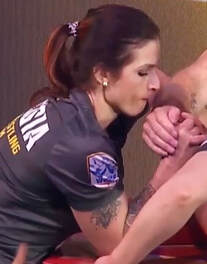 Russia’s Ekaterina Afonina made her presence felt in the 60 kg class during the latter part of the decade. She won every class she entered at the WAF World Championships. This translated to five senior division WAF world titles between 2016 and 2019. She had almost identical results at the EAF European Championships, finishing at the top of the podium in four of five attempts. On the professional side of the sport, Ekaterina won titles with both arms at the 2017 Zloty Tur (the only time she attended the event) and she also won at least two titles at Russia’s prestigious Lotoshino tournament. 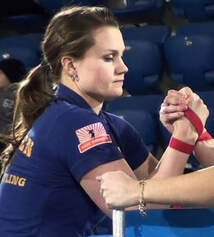 Sweden’s Heidi Andersson retired from major competition around the middle of the decade, but between 2010 and 2014 she was a major threat. In 2010 she won her right-hand class at the World Challenge, an invitational tournament featuring the planet’s top female pullers. She also won four senior division WAF world titles, but what’s more impressive is that she was able to beat Irina Makeeva to win two of them. When she defeated Irina in the right 70 kg class at the 2011 WAF World Championships, she also earned the world’s #1 ranking, which Ms. Makeeva had held for almost three years. 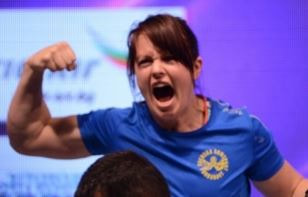 The second of two Swedes to be featured on this list, Fia Reisek travelled the world to seek out the best competition during the 2010s. During the second half of the decade, she accumulated five senior division world titles in the 65 kg class (three WAF and two IAF) to go along eight EAF European titles. She was also no stranger to the professional scene, where she won a couple of titles at the 2010 World Challenge, four Zloty titles, and was the WAL middleweight champion in 2016 and 2018. 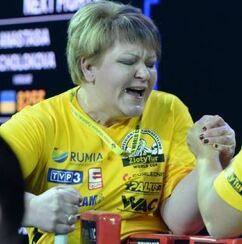 Another Kazhak competitor, Antonina Lissyanskaya was a dominant force in the 80+ kg class during the second half of the decade. Between 2015 and 2018 she won five senior division WAF world titles (three left, two right). In defeating Egle Vaitkute with the left arm at the 2016 Worlds, she became the #1 ranked left-handed puller in the world, a ranking she would retain for two years! 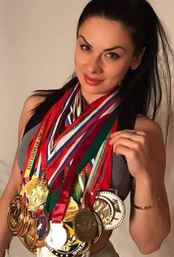 Russia’s Irina Gladkaya was one of the Top Pullers of the 2000s and she continued to be one of the best in the 2010s. In addition to winning five senior division EAF European Championships over the course of the decade, she managed to win six WAF world titles in the 65 kg class. On top of that, she won the lightweight women’s class with both arms at the inaugural A1 Russian Open which at the time offered the biggest cash prize purse in the history of the sport. 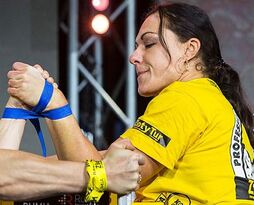 During the first half of the decade, you could say that Ukraine’s Viktoriia Iliushyna owned the 55 kg class. Between 2010 and 2015 she attended the WAF World Championships five times and won senior division titles at all of them (five with her left arm and four with her right). She also travelled to Las Vegas in 2013 to compete in UAL IV where she took the pro lightweight class. Between 2016 and 2018, she won five Zloty professional titles, and by the time the decade was done, she had amassed seven EAF European titles. 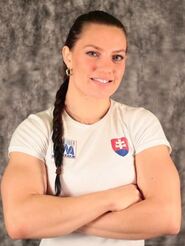 Slovakia’s Lucia Debnarova was very active in the 60 kg class throughout the decade. She attended every WAF World Championship and all but one EAF European Championship. You could say that she did not go unnoticed: she won nine senior division WAF world titles (including five times in a row with her left) and made the podium in all 18 classes she entered at the European Championships, taking the top spot on 10 occasions! 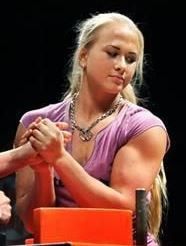 Though still a teenager at the start of the decade, Sweden’s Sarah Bäckman was already competing with success at the top level of the sport. Between 2010 and 2012, she won five senior division EAF European titles, four WAF world titles, and four Nemiroff professional titles in either the 65 or 70 kg class. While on a few-year break from the sport, she briefly emerged in 2014 to win major titles in the UAL and WAL, and then again in 2017 to make a run at the WAL Championship. She won her class at every WAL event she entered and brought home championship hammers with both arms. To finish off the decade, she added a couple of Zloty titles to her already very impressive résumé. 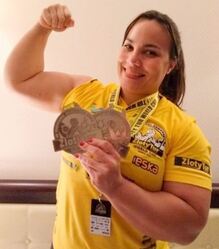 One of the very best pullers of the first decade of the 21st century, Brazil’s Gabriela Vasconcelos was also one of the very best of the 2010s. She started off the decade by winning the open women’s class at UAL’s inaugural event and finished it off with a decisive victory over Sarah Backman in a 2019 WAL supermatch. But it is her repeated performances at the WAF World Championships that make her truly deserving of being recognized on this list. She won a whopping 14 senior division world titles: seven years in a row with both arms between 2013 and 2019! No other woman won more world titles during the decade. In fact, as of 2019, she has won more senior division WAF world titles during her career than anyone, male or female! 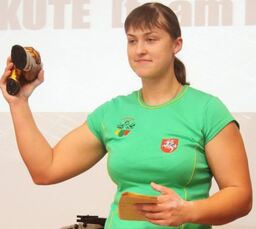 To say that Lithuania’s Egle Vaitkute won a lot during the 2010s would be a bit of an understatement. Consider the following. She attended the EAF European Championships on nine occasions and won every time with both arms. She went to the two A1 Russian Open tournaments that featured women’s classes and won the left-hand super heavyweight class both times. She went to Nemiroff/Zloty five times in a row and won every time with both arms. She won four overall titles at the World Challenge. On top of all that, she won 12 senior division WAF world titles! She held the overall left-hand world #1 ranking for eight of the ten years and for a brief period in 2012 she also held the right-hand world #1 ranking. 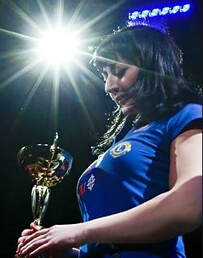 Both the top puller of the 2000s and the top puller of the 2010s, Russian Irina Makeeva’s strength has become almost mythical. Typically competing in the 80 kg class during the decade, she won overall right-hand titles at the most prestigious professional tournaments in the world, including at the A1 Russian Open and the World Challenge. She won 14 senior division WAF world titles and had a PERFECT record at the EAF European Championships over the course of the decade, attending every single year and winning with both arms every time! Coming into the 2010s, she held the overall right-hand world #1 ranking, and except for an 8-month period in 2011 and 2012, she held the ranking right through 2019!
​