Dean vs. Mason at the DaVinci Eastern States Open

Cleve and Dan had previously met up once before at the 1979 AAA Sit-Down National Championships, held in Brockton, Massachusetts, where Cleve easily won in the finals. For this reason, Cleve was the favourite to win the supermatch. However, there was still considerable anticipation for the supermatch as Mr. Mason had recently won the inaugural WAWF World Championship in dominating fashion in Canada in November 1979. As they had already faced each other in sit-down competition, the supermatch was to be conducted using a stand-up armwrestling table. 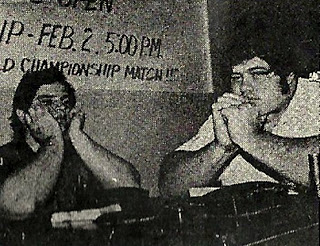 Dan and Cleve waiting for their supermatch to begin
The crowd gathered for the first match of the supermatch, however it ended up being a bit lopsided, with Cleve easily taking Dan’s arm down to the pad. Though Dan was known for both his tremendous speed and great strength, he simply could not budge Cleve’s arm. 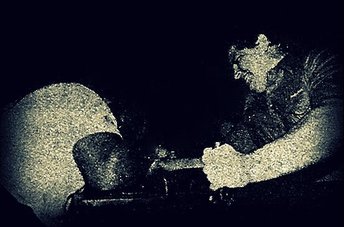 Cleve pinning Dan
Contrary to most supermatches held today, where competitors generally only have a minute or two to rest between matches, Cleve and Dan were given a 30-minute rest before their next match. Once they faced off again, the result was no different, with Cleve seemingly effortlessly taking the match, making him the supermatch victor. Dan offered words of praise for the big Georgian: “Dean is the strongest man I ever met.”

Cleve gleefully collected his $2,000 cheque and trophy from DaVinci Laboratories Vice-President Tony Orlandi. He continued his winning streak – he hadn’t lost a match in over two years, during which time he competed in all of the major events of the era. In many people’s eyes, Dan Mason was the second best in the world, however it could be argued that Virgil Arciero of California was the rightful owner of that position. Virgil would get a chance to demonstrate his prowess just a few months later… 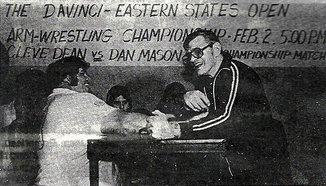 Cleve warming up with Al Turner 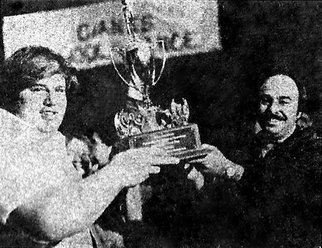 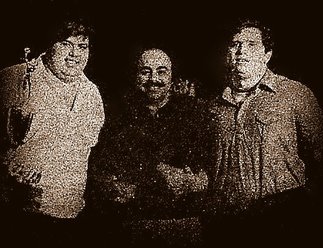