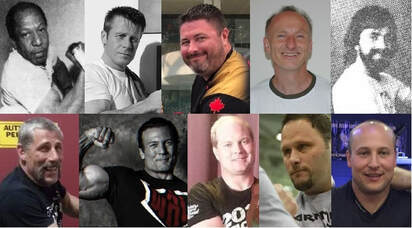 Who is the top male puller of all time from each Canadian province and territory? I’ve analyzed results from the open divisions of most of the big events (national, world, professional, etc.) of the past 50 years, and took into account several factors, with consistent success being my biggest consideration. I associated pullers with their home province or where they first started pulling (to my knowledge).

For some provinces, it was difficult to pick just one puller. It was particularly challenging for Alberta, BC, Ontario, and Nova Scotia. For others, I wasn’t able to select any – there just haven’t been enough pullers from these provinces that have competed at the national or international level, preventing me from drawing informed conclusions. In these situations, you will see “Insufficient Data” listed. If you feel well-positioned to make a case for one of these provinces, I encourage you to contact me.

With this type of list there will always be some debate. As such, I hope you will take it for what it is: an attempt to recognize the achievements of some of the best pullers the country has produced. 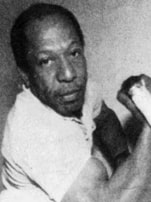 Stony Plain’s Dave Hicks was already in his late 30s when he discovered the sport in 1985, but he quickly made up for lost time. His peak open division success came between the late 1980s and mid-1990s. He won back-to-back-to-back Canadian national titles with both arms between 1988 and 1990, back-to-back Can-Am titles and North American titles in Amos with both arms during the same period, and made it onto the podium at the WAF World Championships on five occasions between 1987 and 1990, securing the top spot in 1989. In the early 1990s he attended the International Golden Bear tournament three times and won four titles. In his late 40s and early 50s he continued to impress, winning a couple of USAA national titles, three WWC world titles, and finishing in the runner-up spot at the very competitive 2002 All-Niagara tournament. He continued to pull in the masters and grand masters categories during the later stages of his pulling career and has won more gold medals at the WAF World Championships than any other Canadian: 19 in all!

Prince George’s Vern Martel enjoyed early success in the sport as a lightweight, winning world titles with both arms at the 1983 WAWF World Championships in Costa Rica when in his early twenties. But not long after this he was involved in a major motorcycle accident that resulted in paralysis in his left arm. This didn’t deter him from reaching the world level once again. He learned how to pull without the benefit of being able to hold onto the peg and by the late 1980s he was climbing back up the ranks. A bit less active in the 1990s, the decade did see Vern attend the International Golden Bear tournament in Moscow in 1991 and 1993, as well as the WAF World Championships in Thunder Bay in 1998, where he won titles in the disabled division. His peak level of activity and performances came in the mid-2000s in the open division when he was in his mid-40s. Between 2002 and 2006, he won three WWC world titles, two Arnold Classic titles, a big-money West Coast Pro-Am title, a CAWF national title, a Mike Gould Classic title, and a masters WAF world title! 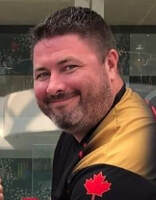 Ryan Espey of Portage la Prairie got into the sport in 1997 and has consistently been one of Canada’s top super heavyweights over the past 20 years. Very strong with both arms, but particularly effective with his left, he racked up 16 (!) open division national titles between 2001 and 2019, in addition to several more in the masters division. He’s done very well at the WAF World Champisonships as well, where, in addition to a masters world title in 2018, he has made in onto the podium in the open division on six occasions and secured back-to-back victories in 2002 and 2003. In pro tournaments he has also fared very well, winning a Harley Pull title, a couple of Mike Gould Classic titles, the 2016 WAL Northern Regionals title, and finishing in the top three at the 2017 WAL Championships. 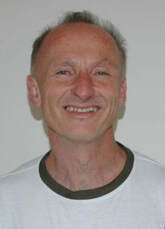 Lightweight puller Sylvio Bourque, from Shediac, was still a teenager when he first started competing. In 1979 he enjoyed his first major victory when he won a title at the 1979 WPAA Canadian Naitonals in Toronto. Less active in the 1980s, in 1994 he attended the prestigious International Golden Bear tournament in Russia, where he made it onto the podium. But his biggest successes in the sport came after the age of 40. At the age of 45 he won his first open division CAWF national title and over the past 20 years has amassed at least 15 national titles in the masters and grand masters divisions. He has also amassed more medals at the WAF World Championships than any other Canadian – 26 in all (combination of gold, silver, and bronze in the masters and grand masters divisions). 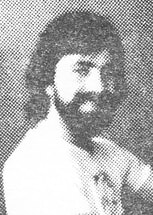 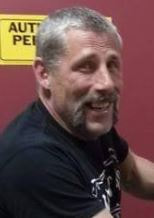 Central Nova Scotia’s Perry Bruhm made his presence felt at the table in the 1990s and early 2000s. A crowd-favourite because of his intensity, his right arm dominance was such that he won an incredible 10 CAWF open division national titles between 1992 and 2005 in the 143 or 154-lb weight class (plus one with his left)! He also finished in the runner-up spot at the 1993 WAF World Championships and won a Mike Gould Classic title in 2004. 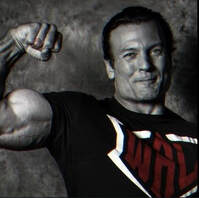 Prince Edward County’s Devon Larratt’s tall and lean frame proved to be perfect for the sport of armwrestling. After competing primarily at the local and regional levels during his first couple of years in the sport, he started travelling to the CAWF Nationals where he won five titles between 1999 and 2001. He also won bronze medals with both arms at the WAF World Championships in 1999 and 2000. He won his share of professional tournaments over the course of the following years, including a victory in the stacked right hand super heavyweight class of the 2002 All-Niagara Championships and the Mike Gould Classic 15 (!) times. But his ascent to the top of the right-arm armwrestling world gathered steam when he defeated Ron Bath in a supermatch in 2006. He beat Ron again in more convincing fashion the following year, before defeating Travis Bagent in 2008. In September of that year, Devon got his title shot with John Brzenk. He handed John his first ever supermatch loss, winning by a score of 6-0 to claim the world #1 ranking. He proceeded to protect his ranking by engaging in and winning supermatches against many of the top super heavyweights in the world, including Dave Randall, Richard Lupkes, Tim Bresnan (on two occasions), Don Underwood, Travis Bagent, and Michael Todd. In 2012 he had a left-hand PAL supermatch with Andrey Pushkar, who was the world’s #1 ranked left-handed puller. Despite Devon being a heavy underdog, he won by a score of 5-1 and became the first person of the millennium to hold both rankings at the same time. While surgeries to both elbows slowed his progress during the middle of the 2010s, he still found tremendous success in the 225-lb division of the WAL, winning a record six Championship hammers between 2014 and 2017. Saying goodbye to the 225 class in 2018, he ended the decade with right hand WAL supermatch victories over Jerry Cadorette, Todd Hutchings, and Dave Chaffee, as well as a left hand supermatch victory over multiple WAF world title holder Wagner Bortolato. 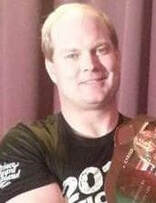 Tiny Prince Edward Island has produced a few national-calibre pullers over the years, but only one has become an open division WAF world champion: Montague’s Charlie McGeoghegan. In addition to winning at least a dozen Atlantic Canadian titles over the years, he won a CAWF national title in 1998 in a stacked right-hand 176-lb class (which included Ontario all-stars Allen Ford, Troy Eaton, and George Iszakouits) and a WAF world title in the left-hand 198-lb class in 2003. 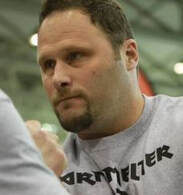 How many armwrestlers can say that they went almost 30 years before losing to another puller in their province? The answer is probably only one, and it’s Sylvain Perron. Between the time he first entered the sport at the age of 19 in 1989 until quite recently (after coming back from surgeries), he had never lost a match in official competition to another Quebec puller. In the mid-1990s he made a name for himself at the biggest professional tournaments in the world. In 1996 he took third place at the Yukon Jack Finals in the 198-lb class behind only the Brzenk brothers. In 1997 and 1998 he attended the big-money Main Event tournaments in Idaho, at which he won three titles. In early 1998, he travelled to Curacao for the $40,000 Forsa Tropical tournament where he won with his left and managed right hand wins over both Bill and John Brzenk. In his only Arnold Classic appearance, he made it onto the podium in 2002 despite being one of the lightest competitors in the 199+-lb class, and he won two Mike Gould Classic titles in 2003. He attended the CAWF Nationals three years in a row between 2003 and 2005 and won every match, with both arms, in less than a second. He attended the WAF World Championships only once in 2003, where he finished in the runner-up spot with his right arm in the 220-lb class and won with his left. 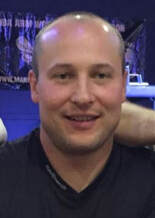 While he has not travelled to compete internationally as much as some of the other men featured on this list, Saskatoon’s Tyrrell Wojcichowsky’s dominance of the always tough 220-lb weight class in Canada was a sight to behold between 2008 and 2016. During this span he attended the CAWF Nationals five times and won titles with both arms each time! In 2008 he travelled to the WAF World Championships in Kelowna, where he managed a fourth place finish in an ultra-stacked class.