During this era, armwrestling transitioned from being a simple game to an organized sport with official rules and referees. Despite the initial growth, few members of the general public were aware of the sport’s existence.

From the time the sport was first documented in a newspaper (La Presse in Montreal, Canada) to when the Peanuts comic strip featured a story arc about Snoopy preparing to compete in the World’s Wristwrestling Championship.

--The sport is first documented in La Presse, a leading Montreal newspaper, at the turn of the century. The new sport primarily consists of 2-out-of-3 or 3-out-of-5 challenge matches for money.

--The first known tournament is held: the Canadian Armwrestling Championship in Montreal in 1905.

--Armwrestling is occasionally discussed in strength and health publications in articles written by men like Eugen Sandow (turn of the century), George Jowett (1920s and 1930s), and Mac Batchelor (1950s and 1960s).

--Basic rules for the sport are first published (by George Jowett in 1930).

--The first annual tournaments emerge (in Petaluma, California in 1955 on the west coast by Bill Soberanes and in Holyoke, Massachusetts in 1958 on the east coast by Ed Jubinville).

​--Charles Schulz develops an 11-strip Peanuts story arc that involves Snoopy training for and attending the World’s Wristwrestling Championship in Petaluma, informing millions of readers of the existence of the organized sport (1968).
Pullers most associated with this era: 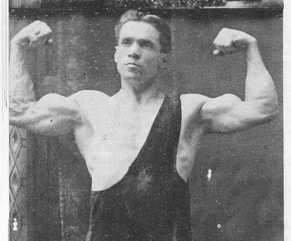 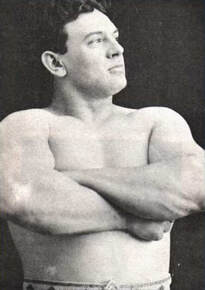 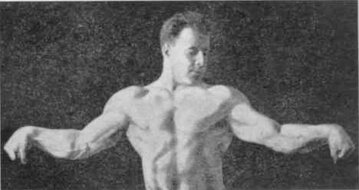 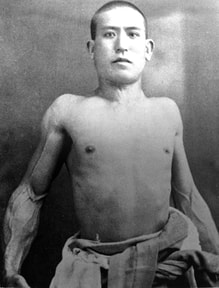 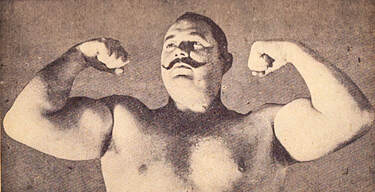 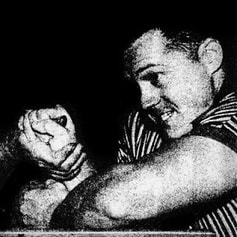 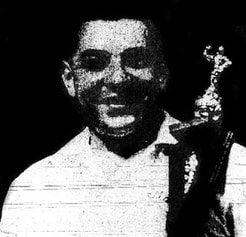 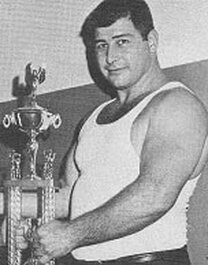 Maurice Baker (late 1960s) – the top puller on the east coast in the late 1960s, he won the International Federation of Arm Wrestlers World Arm Wrestling Championship three years in a row starting in 1968
​
​For further reading on “The Beginnings”: