CHRONOLOGY OF THE TOP Female ARMWRESTLERS ON THE PLANET (LefT ARM)

After developing a chronology of the top right-handed female armwrestlers in the world here’s my attempt to identify who would have potentially occupied the #1 world ranking (open weight) with the left arm, had an impartial ranking system been maintained since left-handed women’s armwrestling divisions started to become regularly offered at major tournaments.

The basic rules are simple: a puller gains the #1 spot by either beating the person who is currently #1 or by winning a class in which the top-ranked puller participated. A puller can also lose her rank after a 12-month period of inactivity or absence from major competition. To develop this list, I used the same logic I applied when I managed the In the Hook North American rankings for over five years.

The chronology starts in 1993. Why 1993? This is when the World Armwrestling Federation (WAF) first started including left-hand classes at its World Championships. Prior to this time, few armwrestling tournaments offered left hand classes for women and they did not typically attract international competitors, making it difficult to perform a ranking exercise.

The chronology is based on my analysis of event results. Historical tournament results are often incomplete, and so anything perceived as an error in this timeline may be due to incomplete knowledge. I welcome discussion pertaining to the list's accuracy, and I am willing to describe the thought process I used for any particular adjustments. I am certainly open to updating the list should a convincing argument be made
World Ranking Timeline
Below are the dates when the #1 world ranking would have switched hands, as well as the person who would have gained the ranking.


October 27, 1993 – Russia’s Irina Turchinskaya wins the super heavyweight division at the WAF World Championships in Edmonton, Canada. She had also won the heavyweight class at the World’s Wristwrestling Championship in Petaluma, California in 1992 and 1993.

April 24, 1994 – Russia’s Vika Gabakova wins the heavyweight division at the Golden Bear International Tournament ahead of Irina Turchinskaya and takes the world #1 ranking. Vika is believed to have been undefeated in competition over the next 8+ years, a period that sees her win 9 left hand WAF World titles in a row! 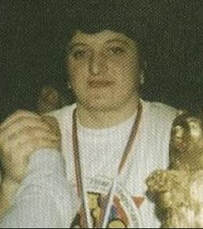 Vika Gabakova
​December 4, 2003 – After Vika retires from the sport, Sweden’s Viktoria Alveland assumes the top spot on the rankings when she wins the super heavyweight class at the WAF World Championships in Ottawa, Canada. 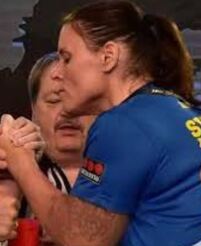 Viktoria Alveland
December 4, 2004 – After 12 months of no known activity, Viktoria loses her ranking. It is assumed by Romania’s Mirela Pirjol, who has just recently won the super heavyweight class at the WAF World Championships in Durban, South Africa. 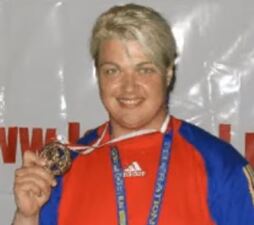 Mirela Pirjol
December 4, 2005 – After 12 months of no known activity, Mirela loses her ranking. It is assumed by Russia’s Liliya Khamidullina, who won the super heavyweight class at the WAF World Championships in Tokyo, Japan. She goes on to win the World title again in 2006. 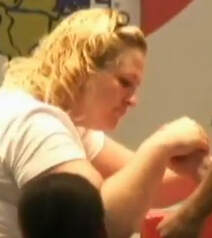 Liliya Khamidullina
December 4, 2007 – After 12 months of no known activity, Liliya loses her ranking. It is assumed by Russia’s Svetlana Tikhonova, who won the super heavyweight class at the WAF World Championships in Bulgaria. 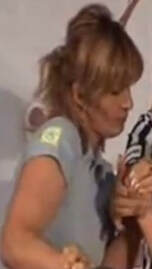 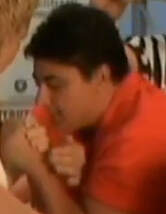 Nurcihan Gönül
March 8, 2009 – The inaugural World Challenge tournament is held in Sweden. The women-only invitational tournament attracts many of the top pullers in the world and Lithuania’s Egle Vaitkute emerges as the champion of the super heavyweight class. In doing so, she establishes herself as the person to beat to be considered #1 on the planet. Her consecutive string of European, World, Russian A1 Open, and Zloty Tur titles keeps her in the number one spot for several years. 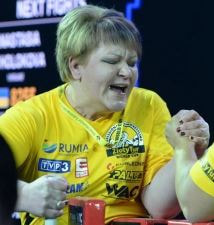