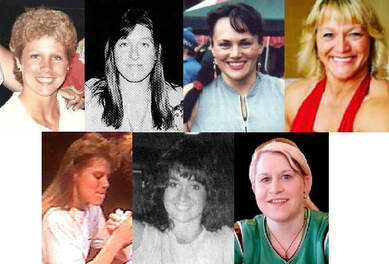 Who is the top female puller of all time from each Canadian province and territory? I’ve analyzed results from the open divisions of most of the big events (national, world, professional, etc.) of the past 50 years, and took into account several factors, with consistent success being my biggest consideration. I associated pullers with their home province or where they first started pulling (to my knowledge).

For some provinces, it was difficult to pick just one puller. For others, I wasn’t able to select any – there just haven’t been enough pullers from these provinces that have competed at the national or international level, preventing me from drawing informed conclusions. In these situations, you will see “Insufficient Data” listed. If you feel well-positioned to make a case for one of these provinces, I encourage you to contact me.

With this type of list there will always be some debate. As such, I hope you will take it for what it is: an attempt to recognize the achievements of some of the best pullers the country has produced. 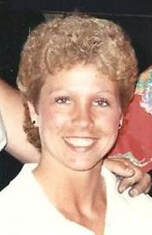 Alberta has produced many excellent armwrestlers over the years. In fact, four of the eight female pullers currently in the CAWF Hall of Fame are from this province. Among the group, Wetaskiwin’s Brenda Vergette’s track record gives her a very slight edge for being recognized as Alberta’s all-time top puller. During her competitive career, which spanned 13 years between 1979 and 1992, the 60-kilo puller travelled all over and won a myriad of national, world, and professional titles in the sport. Her first major title was won at the 1982 WAWF World Championships, but most of her biggest accomplishments came in the late 1980s and early 1990s. Between 1989 and 1992, she won six World Wristwrestling titles in Petaluma, an AWI world pro title (and was runner-up twice), and a title at the prestigious Golden Bear International Tournament in Russia. Oh, and she also won an incredible 20 national titles in the open division (mix of CAWA and CWWA) during her career! 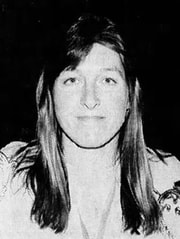 Vernon's Sharon Brandes performances in the middleweight division were a sight to behold in the 1980s and 1990s. While she didn’t compete in as many CAWA Nationals as some of the other pullers on this list, she did often compete in the BC-based CWWF Nationals. Combined, she won close to 20 open division titles across both organizations. Being on the west coast, she regularly attended the World’s Wristwrestling Championship in Petaluma and the AWI Pro Women’s World Championship in Las Vegas. In total, between 1983 and 1994 she won 11 world titles, including six WWC world titles, back-to-back AWI world pro titles in 1984 and 1985, and three WAF world titles. In 2008, with the World Championships in her backyard, she came out of retirement to make it onto the podium there after winning her final two open division CAWF national titles. 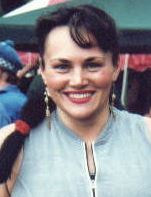 Josée Morneau’s achievements in the sport over the past 20+ years are phenomenal. Competitive in many different strength sports, including strongwoman and highland games, she has won titles at almost all of North America’s professional armwrestling events. This includes three Arnold Classic titles, two NYC Queen of Arms titles, two Mike Gould Classic titles, a Harley Pull title, and a left hand title at the 2015 WAL Championships! She made in onto the podium at the WAF World Championships on several occasions in the open division, taking the top spot in 2001. She also holds the Canadian record for most CAWF national titles overall, having accumulated a staggering 40 of them (24 in the open division plus 16 in the masters)! 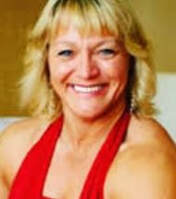 During the first decade of the 2000s, Lower Hainesville’s Joyce King’s won just about everything there was to win in the sport. She won her class at the stacked 2002 All-Niagara tournament, won titles at all three Ultimate Armwrestling tournaments in Las Vegas, a couple of Arnold Classic titles, six Mike Gould Classic titles, a World Wristwrestling title, a Harley Pull title, 14 CAWF open division national titles (seven years in a row with both arms between 2001 and 2007), and six WAF open division world titles! For a period in 2006 she was even recognized as the overall #1 ranked right-hand puller on the planet! She came out of a six-year retirement in 2014, perhaps lured by the excitement generated by the World Armwrestling League. Between 2014 and 2017 she won an additional three CAWF open division titles, another Arnold Classic title, and finished in the runner-up spot of the left hand class at the 2016 WAL Championships. 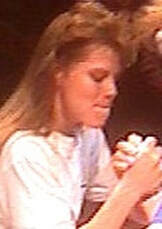 London’s Barb Zalepa (now Schlegel) was arguably the most dominant lightweight female puller of the ‘90s. She competed in the CAWF Canadian National Championships five times between 1993 and 1998, and each time she easily won titles with both arms. She won three right hand WAF world titles in three appearances as well as a left hand title along the way. She also won titles at several of the top pro tournaments of the era, including the 1998 Forsa Tropical event in Curacao, both Main Events, and at least two AWI world pro titles in Las Vegas. A bit less active during the 2000s, she primarily focussed her attention on money tournaments. While she did attend the WAF World Championships in 2002 (where she won a world title), she won many other major titles including three Arnold Classic titles, seven Mike Gould Classic titles, a title at the huge All-Niagara Championships in 2002, a title at the Ultimate Armwrestling Championships in Las Vegas in 2005 (the biggest pro tournament in North America of the first decade), and titles at the 2016 WAL Northern Regionals and the 2016 WAL Championships. 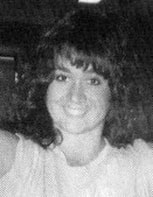 Laval’s Liane Dufresne was the undisputed queen of the women’s unlimited division in Canada during the last 15 years of the 20th century. She won national titles each and every year between 1987 and 2000: 22 in all in the open division! She won WPAA World titles three years in a row between 1985 and 1987, a title at the Super Bras-de-fer pro tournament in France in 1991, a Golden Bear title in Moscow in 1994, six senior division WAF World titles between 1992 and 1998, and most memorably she won the Over the Top World Championship in 1986 where she handed Dot Jones her first and only losses! With these victories she ascended to the very top of the unlimited world rankings! 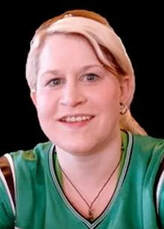 Tracey Arnold got her start in the sport when still in high school. She developed her skills and strength during her first few years of pulling and before long was winning national titles in the lightweight classes. In all, she won 11 open division national titles between 2000 and 2010 at the CAWF Canadian Championships, substantially more than any other female from Saskatchewan.

An 80-kilo puller from Whitehorse, Gayle Berndt actively competed in the sport during the 1990s. She made it onto the podium at the CAWA Canadian Championships five times between 1992 and 1995, winning national titles on three occasions. In addition, she won a left hand world title and took second with her right at the 1996 edition of the World’s Wristwrestling Championship in Petaluma.