Armwrestling has been used as a test of strength for hundreds, if not thousands of years. However it wasn’t until the middle of the 20th century that formal rules for the sport were developed and organized tournaments started to be held. An analysis of contest results from the past 50+ years resulted in the development of a Chronology of the Best Armwrestlers on the Planet. But before tournaments were held, who could have been considered the world’s best armwrestlers? Armwrestling displays by famous strongmen of the late 19th and early 20th centuries provide clues.

The following seven men, in this author’s opinion, may have possibly been considered the best armwrestlers in the world at some point between 1870 and 1956. All regularly used armwrestling in strength demonstrations and/or were known to often accept challenges, and have either personally claimed to be unbeaten, or no known losses have been recorded. 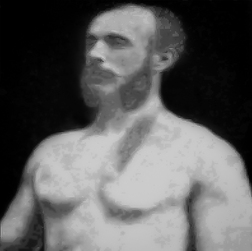 
Why he could have been the best:
Richard Pennell is recognized by many as being the first American strongman. He started performing as a sideline to teaching around 1870, and though he wasn’t a huge man, he was known to be exceptionally strong. He was the first man to break the 200-lb barrier in the overhead press with one arm, and he was also credited with curling 102 lbs with one hand. He regularly armwrestled challengers, and at some point he started to be recognized as the greatest armwrestler on the continent. But he lost this title on the day he challenged the next man on this list in a strongman contest…
*****


Why he could have been the best:
What can be said about the person who some consider to be the strongest man in history? For over 20 years he was undefeated in strongman contests. He challenged all of the world’s top strongmen, but many refused to face him. Who could blame them? Among other accomplishments in his storied career, Louis completed a one-finger lift of 553 lbs, a one hand lift of 987 lbs, and he withstood the pull of four draught horses, two each side, pulling away at his clenched fists while they were being whipped to encourage them to pull harder!

Richard Pennell accepted his challenge in 1886 and at this time was claiming to best the strongest man in the USA, while Louis was already claiming to be the strongest man in the world. In strongman contests of the day, each competitor would select a series of his “pet” lifts, in which the other would have to try to best them. Whoever won more lifts was crowned champion. The contest started off with Louis’s pet lifts, including a back lift, a one-finger lift, and the shouldering of a barrel filled with sand. Richard couldn’t lift anywhere close to what Louis could in these events, but he and his supporters were confident that the tide would turn when it was time for his pet lifts to be contested. Richard almost matched his own world record in the one-hand press, with a lift of 200 lbs. He had mastered the technique for this lift through years of practice. When it was Louis’ turn, he took the same dumbbell, and with no technique easily lifted it in the air. The audience, as well as Richard, couldn’t believe what they had witnessed. Louis proceeded to successfully complete two more attempts, one at 220 lbs and one at 250 lbs. On the one-arm curl, Richard lifted 102 lbs. Louis lifted 127 lbs! Louis’ victory at the event was so decisive that he was immediately recognized in North America as the world’s strongest man. Even though they didn’t armwrestle, Louis took Richard’s armwrestling title as well!

Every once in a while Louis would be challenged in an armwrestling match. He never refused and always won. He has no known losses, and had he lost the result would have almost certainly been reported, which is why this author is confident that Louis truly was the best armwrestler in the world during those years.
***** 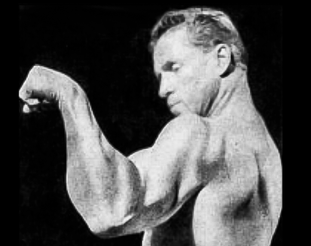 
Why he could have been the best:
While not a huge man, Arthur Dandurand had frighteningly strong hands and forearms. In 1908 he managed to walk 23 feet with a wheelbarrow loaded to 4,300 lbs! He also famously shouldered, unassisted, a Model T car engine weighing well over 400 lbs and walked away with it. Armwrestling challenges were a regular feature of his strength exhibitions. He is thought to have armwrestled thousands of men, and has no known losses. At 50 years of age, he was still recognized as the Canadian Wrist Turning Champion (though it is not known when he acquired this title). With Louis Cyr having retired from competition there was an approximate 10-year stretch when Arthur wouldn’t have had much competition for the title of world’s best. One fellow Canadian strongman who could have been a challenge for him in these years was Hector Décarie, who was of similar stature and had achieved some armwrestling success. However, it is this author’s belief that Arthur would have had a slight edge, due to his extensive experience.
***** 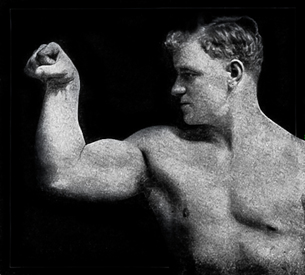 
Why he could have been the best:
Joe Nordquest was a weightlifting sensation in his early 20s. He set world records in a handful of different lifts, including the lift that was the precursor to the bench press (lying flat on the floor as opposed to on a bench). In 1916 he lifted 363 lbs in this manner, a record which stood for 34 years until it was officially broken by Doug Hepburn. He’s credited with accomplishing feats such as middle-finger curl with a 70-lb dumbbell, as well as jumping from a 30" table to the floor with maintaining a handstand position! He was known to be a great armwrestler, with no recorded losses, so it is possible that he was the best in the world while at his strength peak between approximately 1915 and 1920.
***** 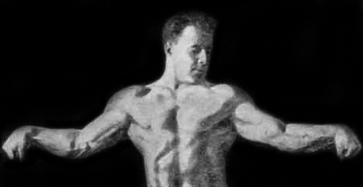 
Why he could have been the best:
Of all the men on this list, George Jowett was perhaps the first to do sport-specific training for armwrestling. He loved to armwrestle, and competed with people from around the world, wherever his business travels lead him. (George was an inventor and manufacturer of sports equipment, an author of several booklets on physical training, as well as physical trainer.) In 1923 he was awarded a “World’s Champion Wrist Turner” medal by the American Continental Weight Lifting Association, though it is not known if this was the result of winning a specific match, or based on his cumulative success in armwrestling. He’s yet another strength athlete without a recorded loss, so it is possible that he was the best in the world during the early ‘20s.
***** 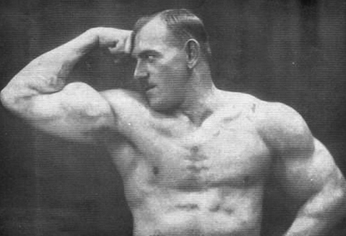 
Why he could have been the best:
Hermann Goerner was primarily known for his incredible displays of grip strength. Among his world record lifts are a 595.5-lb deadlift using just two fingers of each hand, as well as a one-handed deadlift of an amazing 727.5 lbs! The latter record stands to this day. Though he is not known to have armwrestled as much as some of the other men on this list, he did once defeat six prominent heavyweight wrestlers in a row in less than one minute in 1934 at Leipzig's Crystal Palace. This performance, and considering his size and the type of strength he possessed, leads the author to believe he may have been the world's best armwrestler during his performance years.
***** 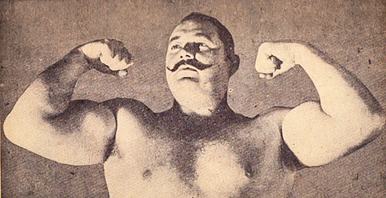 
Why he could have been the best:
Between 1931 and 1956, Mac Batchelor, a Los Angeles tavern owner, armwrestled and beat approximately 4,000 different opponents. A man of particular finger and wrist strength, he could perform such feats as bending four bottle caps simultaneously by placing them between his fingers and making a fist. He armwrestled everyone who challenged him, which once included an entire professional football team in one evening. Like Jowett, who was a man Mac looked up to, he did sport specific training for armwrestling. He won a special challenge match against Earle Audet, another undefeated puller, for the title of World's Wristwrestling Champion in 1946. Some challengers travelled great distances to try to beat him, but Mac put down every single hand that he gripped. No other man from the mid-20th century could boast of a comparable record in the sport.
*****
Pinpointing the best armwrestlers in the world became easier as organized armwrestling tournaments started being held in the 1950s. The World Wristwrestling Championship, first held in Petaluma in 1962 soon became THE tournament to win in order to demonstrate one's worthiness of the title of "World Champion".